“The Special Blend Band” is a unique group of accomplished talented singers and musicians, that have come together to create a performance experience for you and your audience, consisting of the greatest "Top 40" Rock & Roll Hits of four decades and more.

The Powerful and familiar (Top 40 hits) are presented in a professional, energetic, authentic, and exciting manner that your audience expects.

“Special Blend” is considered by some, one of the Top Cover bands in the upper Midwest. Listeners, toe tappers, and dancers experience some of the best and fun Rock & Roll music ever recorded, presented professionally, energetically, and always a hit with all age groups.

The presentations are fun, professional, and filled with timeless universal hits.

Bill is the Special Blend Band's mentor and guide, Bill started playing keyboards professionally in the 60's and throughout his career he has played in a string of successful, well-known bands all over the United States. Bill can play delicate piano passages or ripping rock organ whatever serves the song. Bill is the consummate professional, and he is dedicated to his playing and his music, and always ready to rock.

Stacey's love of music goes back to piano lessons as a child. That same thirst for music led her to the theater and musicals. From MSU's Straw Hat Players, to performing in New York City and working as a makeup artist there, Stacey found her way back to the Fargo-Moorhead area, where she is well-known and respected for her work in dozens of musicals and plays. Stacey has a BA in Theater and a minor in music, and currently teaches voice at Elevate Rock School in Fargo. Stacey's smooth, trained voice will delight listeners and warm your soul.

Guitarist guru, Billy has spent most of his life chasing after the perfect note, the perfect chord, and the perfect lick. He has played in top notch bands of all shapes and sizes, loves music of all styles and to Billy the guitar is connected to his heart and soul. It is his musical voice. Want to hear a guitar rock, cry, sing, and move you. Catch this guy live.

Lisa is a powerhouse vocalist and performer who, has music in her DNA, and her voice is a powerful force to be reckoned with. She brings to the Special Blend Band her strong stage presence, a history of singing, and of course a voice that can turn heads. Lisa is also a music teacher, with a master’s degree. A performance by Lisa is not to be missed.

If the drums are the engine that drives a band, Paul is a 747 on takeoff. He is a classically trained and experienced drummer who has played with numerous well known bands. He not only knows every rudiment and lick there is, he knows how to lay down grooves that make a trip to the dance floor irresistible.

Paul may be soft-spoken offstage, but onstage he is an animal set loose from the zoo. Paul's drumming drives The Special Blend Band, and Paul's goal is to get you tapping your toes or, get you out on the dance floor and have some fun. Either way works for him.

Started playing in 65' after seeing The Beatles on Ed Sullivan. After a year of lessons on 6-string with only four strings left on my Stella, I became a bass player. First band of note was Buffalo Alice Band. From the early 70's I moved to Fargo and formed Little Screamer, a road band, until Disco killed the bar band scene. From 86' Cats and Dogs went until 2016. Now Special Blend is where I am enjoying holding down the bass needs. 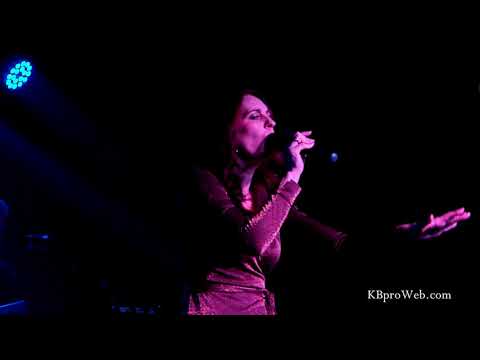