Smokehouse is an all-pro band from Minnesota, constantly on tour throughout Middle America. Featuring blazing instrumentals and strong vocal harmonies, this is a group that was born to boogie.

A top flight act with a diverse song collection, Smokehouse can satisfy practically any audience, and their down-home personalities have earned them a reputation as some of the most likable guys in the business. They carry high tech, modern production and are right at home in venues of almost any size. Get ready for a red hot, smokin’ entertainment experience, because that’s what Smokehouse is all about!

Randy Bauer is a master of many instruments, primarily keyboards, saxophone, and accordion. He grew up in Blackduck, Minnesota, and started playing music at the age of eight. By the time he was 15 he had made music a full-fledged career. He remembers having to sit on stage during breaks because he was too young to be in the club. Out of high school he went on the road full time with several acts, including Macarthur Park, a funk band out of Washington, D.C. He also started his own two-piece band called 2′s Company, a show band that played five-piece rooms. His talent has led him to perform as a member of several national groups such as The Shirelles, The Coasters, Tommy Roe, Sha Na Na, and the Drifters just to name a few. He also has provided production and sound for many national acts, including Gary Allan, Ronnie Milsap, Merle Haggard, Staind, and many others. His abilities as a composer gave him the opportunity to score the movie Bemidji Between the Wars 1918-1941. He brings the boogie-woogie funk edge to the Smokehouse band’s wildly varied sound, allowing them to please a wide variety of musical tastes.

Andrew Thompson, a native of Greensboro, NC, lays down the bass grooves for Smokehouse. Drew began playing music at an early age, coming from a musical family in which his grandfather and mother both played piano, exposing him to all types of music, from classical to jazz to Motown. His professional career started in the late ’90s, when he became bass player in the orchestra at Hunter Hills Baptist Church in Greensboro. Since then he has toured and played worldwide, including in musicals such as Jesus Christ Superstar, performing with the orchestra and show band on several Royal Caribbean ships, and two tours performing for US troops in South Korea. Since 2008 he has worked very closely with Swamp Dog recording artist Wilson Williams, who is a member of The Platters. He has also worked with Glen Leonard and The Temptations, Joe Billingslea’s Contours, The Supremes, Clyde McPhatter and The Legend of the Drifters, and The Marvelettes, just to name a few. He recently finished a series of collaborations in Whitehorse, Yukon with Juno award winning drummer Ed White and guitarist Manfred Janssen on various blues projects, including occasional live shows. Andrew met Randy Bauer in 2001 and they have maintained a musical and personal relationship ever since. The only way Andrew knows how to do it is “keep it on the one.”

Pete Humphreys has been playing drums for 25 years. He started his career in music in the United States Marine Corps with the FMF Pac Band in Pearl Harbor, Hawaii. During his stint in the Corps (1989-1993) he played for two Presidents and traveled to Australia to play Sidney’s Royal Easter Show. After the Corps, Pete was based in Minneapolis, playing professionally on the road and locally. In 1996 he moved to Bemidji, MN to attend Bemidji State University (1996-2002). While majoring in music he led the Red Line Swingers pep band and received two prestigious scholarships. Pete continues to play and teach in the area. He is delighted to be back on the road with such a talented cast. Buckle up!

Christopher “Chris” Cornish has been playing the guitar for twenty-five years and twenty of those have included live performance. Highlights of Chris’ career include performing with internationally recognized recording artist Ray Sawyer of Dr.Hook, Grammy-winning bassist and producer Trae Pierce of The Ohio Players, and The Blind Boys of Alabama. Chris has opened for numerous recording artists such as Randy Bachman of The Guess Who and Bachman Turner Overdrive, Blackhawk, Josh Turner, David Allan Coe, and Pat Travers to name a few. From country honky tonks to stages halfway around the world, Chris has continued to hone his craft and endeavors to bring guitar-rich performances to the stage with each performance. 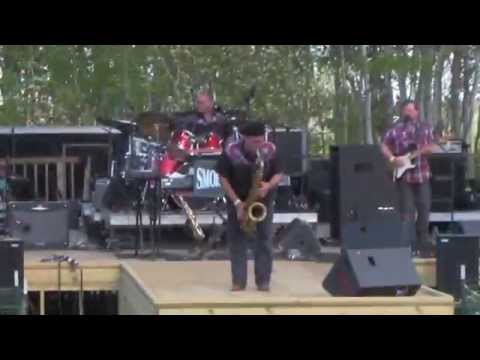