Shelly has been singing since the age of 5 and started in the family band when she was 12 playing Venues across Minnesota and Canada. She has worked and shared the stage with many great musicians including, Nitty Gritty Dirt Band, Kenny Neal, Lita Ford and a host of regional musicians. Some of her favorites are Janis Joplin, AC/DC, Led Zepplin, Halestorm, Evanescence and Lady GaGa. She has an amazing vocal range to go from singing soft country to hard rock. She recorded an LP in Nashville with her sister when she was just 19 that was just shy of hitting the top 100 on the Billboard Charts.

No stranger to the stage she has the ability to get you up and moving across the dance floor and will walk the room singing with her wireless and have you sing right along with her. Her passion is music and it shows. Her stage presence and showmanship is sure to get the crowd the moving.

Dean has been playing for many years in bands such as Octavia, After the Fact, Bonzai and Mere Silence. He plays a mean guitar along with awesome vocals and harmony.

He has opened for Edgar Winter and Nitty Gritty Dirt Band and shared the stage with many great musicians. He enjoys playing Classic Rock and Roll. His tone of his guitar and knowledge of music is outstanding.

Jason has been playing drums for several years and spends his weekends off filling in for other drummers in the area. His endless knowledge of music is incredible. He has been a member of Midnite Reign, No Control and Bonzai. He sings and plays and will throw in harmonies. He and the Bass player work very well together and often share the sticks on stage while tossing them back and forth. Fun to watch! His goal is to get everyone dancing and having a good time.

Phill has been running sound for years. He has a fantastic light show that includes 56 lights and 4 pars out front. It is often said that we are the back-up band for his light show.

Henry has been playing bass for years with bands such as Midnite Reign, No Control and Bonzai. He has such an outstanding bass tone and rhythm that everyone wants to get up and dance. He also sings back-up vocals. 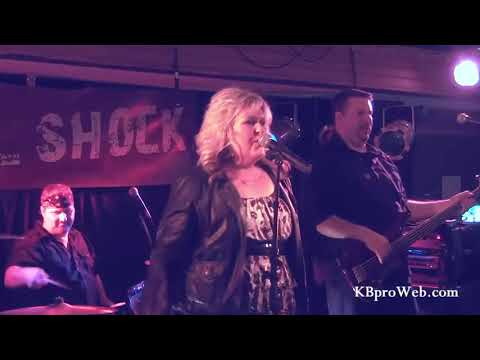